The nature of the Danube Delta Pelican - does not know how to dive. That's because pelican bones are very light and hollow - the mass of the skeleton of this bird is only 10% of the total body weight. The only exception - brown pelican, to dive, he falls from a height of 20 meters at a speed of 70 km/h in water. 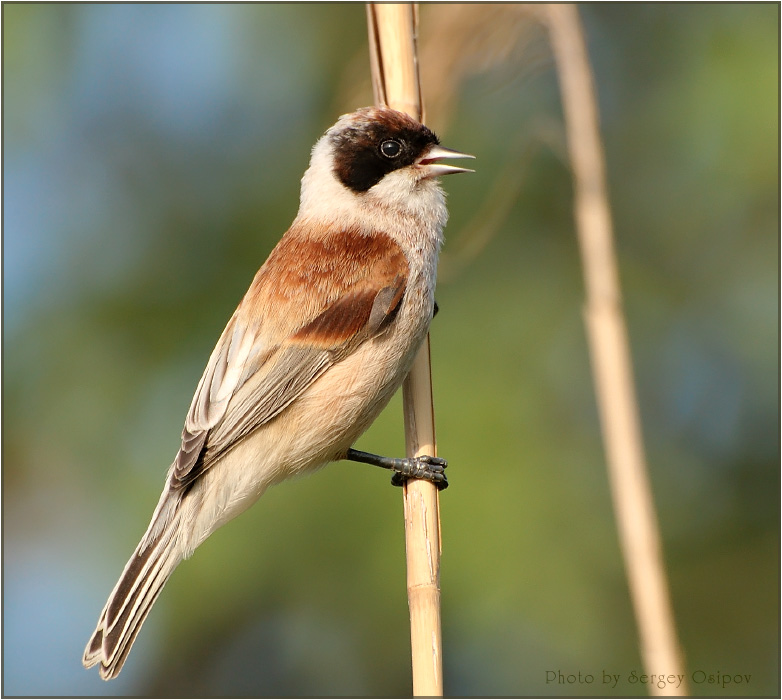 Among the small birds that live in the reserve should be allocated to Remez (MASS 8.11 g). But he is not even noticeable weight, and kind of building nests. Build a house made of plant fibers, down willow and other plants. The nest is shaped like mittens diameirom 70-100 mm and 130-170 mm in height with openings for entry and exit, is suspended over the water on the thin branches of willow or other tree. The construction of the nest is so strong that it can be hung on a branch several years and did not collapse. Jungle cat - a very rare animal - discovered in the reserve in 1981. Jungle cat is larger than any of the representatives of domestic cats: a length of up to 73-75 cm weight 16 kg. His body is relatively short, feet high, the tail is not long, the ears small brush. Jungle cat is perfectly adapted to living in dense reedbeds in lowland rivers, lakes and seas. During the pairing can be dangerous to humans. Homeland calamus - India and China, where in ancient times it was revered as a valuable medicinal plant. In Europe, calamus imported from Asia Minor in the 16th century. In Ukraine, the emergence of a national epic of calamus is associated with the Tatar raids. Believe that the Horde were pieces of the rhizomes of calamus as talismans, as well as in the skins of drinking water to maintain its freshness. Pieces of the root of the nomads were thrown into rivers and lakes for watering horses. Roots sprouted and the plant rasprostranyalos.Eto valuable medicinal plant also grows in DBZ. Also known as Nymphea, lotus north. The scientific name of water lilies - Nymphea - is associated with the ancient myth, in which the beautiful river-virgin nymph, in love unrequited in the Earth's mortals from grief and despair turned into amazingly beautiful flowers on the water. This beautiful flower is one of the most prominent representatives of the fauna of the Danube delta. Chilim or Rogulnik floating, or floating water chestnut, originating from the southern regions of Eurasia and Africa. It grows in lakes, creeks and oxbow slow flowing rivers, grows to 5 m in length. The plant has a characteristic fruit that looks like a bull's head, with one large starchy seed. For this plant the seed is cultivated in China for at least the past three thousand years. Seed chilim brewed and consumed as a snack. In Vilkovo chilim also eaten.